Today, I welcome bestselling author Lindsay Downs to my blog to talk about the ultimate professional relationship an author has, the one with an editor.

Yes folks, you read the title right. There’s a new union out there which few in the non-publishing world are aware of. I’m talking about the special relationship between authors and their editors.

How often as writers, especially those of us with small publishers, do we get to connect directly with our editor? My guess, not as much as we want. The majority of the time we talk back and forth by using Track Changes and Comments. But, is this really communication? I think not.

I write both contemporary and regency romance. As such it’s important that my editor is familiar with them, especially the second one. Words and phrases commonly used nowadays might or might not be in the lexicon of 1800’s England. In many cases I’m able to correct them before sending the book in. It’s the ones I miss, my editor catches, which makes the difference in helping to maintain authenticity.

I’ve been published since 2009 and in all that time I never had the same editor twice until recently. She works for Secret Cravings Publishing (SCP) and goes by the name of Sue Toth. To start with, what makes her so unique—she asked to edit my books. Trust me when I say I’ve never had that happen. Usually, my editor runs screaming, saying they don’t want to work with me again.

But not Sue. She understands my style of writing. Plus, if I have a question about something she suggests I change, but I don’t understand it, I can direct message her for an explanation. Or she can contact me if she has a question. To me, and I believe Sue also, this makes a perfect working relationship as the edits go smoother and quicker. Is this the kind of working relationship you have with your editor? I hope it is. 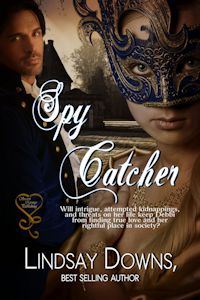 And now, here’s a little something to whet your appetite for Lindsay’s latest, Spy Catcher:

As the carriage gently rocked to a stop, Debbi was surprised when, not a footman as dictated but Mr. Thomas swung open the door. Patiently, she waited while he assisted his love out. She started to slide over to climb out unaided when he offer her his hand.

“Allow my assistance, Miss Overstreet.” She felt her face warm when he called her by her new name. Quickly, she marshaled her thoughts. “Thank you sir,” she said settling her hand in his big, strong one.

“Please, Miss Overstreet, I insist you call me Thomas, as I have so requested from Lady Aleece.” “If that be the case, then call me Debbi.”

She paused, glancing around for the Earl and Countess but only saw Susan and Jeffrey approaching. As they got close Debbi gave the appropriate curtsy according to their rank. Rising, she clasped her hands in front of her while Aleece warmly greeted them. She tried not to act surprised when Susan stepped over and embraced her as she’d done with Aleece.

“Miss Overstreet, what a pleasure to finally meet you. Aleece has told me all about you, and I know we’ll get along famously.” She paused and turned to her brother. “Now let me introduce you to Jeff, but don’t worry— he may look dangerous but he’s harmless. His fiancée sees to that.”

After she was introduced to him, Debbi stepped back to survey her surroundings. Many times she’d come to house parties but always stayed in whatever coach was assigned and would enter the mansion by the servants’ entrance, making sure the trunks got to the appropriate rooms. This would be the first time she’d cross the threshold through the main doorway. Without warning a shiver coursed down her spine, which unfortunately brought Aleece’s attention.

“Are you all right? It’s just like walking through any door. Take a deep breath,” she whispered.

“I don’t think it’s that, Lady Aleece. I fear I feel eyes on me, and I don’t know if it’s good or what,” she replied in a hushed tone.

Stepping back from the small group Debbi peered around, letting her gaze carry up to a window overlooking the forecourt. There she spied the reason for the unnerved feeling, the most dashingly handsome man she’d ever seen in her life. Even more, the sight of his appearance before he hid was exactly as she’d envisioned. Taller than her, with pitch-black hair and broad shoulders, the brief sight of him set Debbie’s heart to fluttering. It was his lips, deadly to a woman’s heart in the way he smiled down at her, which unnerved her. Before he ducked behind a curtain she noticed he was dressed in a Bath superfine coat with a crisp white shirt and his cravat tied in the latest style.

You can buy Lindsay’s books here: 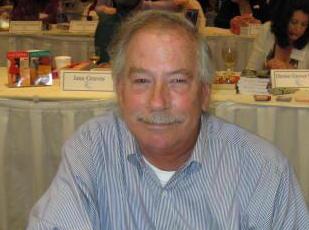 What does it take to be a bestselling author? Determination, skill, talent, luck or taking a risk with a venture into a totally new genre? Turns out it is all of the aforementioned.

In 2008 when I got two books published I thought it was due to skill; little did I know it was more luck than anything. Over the next three years I wrote, submitted, got rejected. I then did what I tell everyone who asks; I wrote some more. I didn’t give up.

More on a dare than anything I tried my hand at a regency, one of the most difficult genres because of the rules, which I might add I broke almost every one. Within two days of its release the book was on a best seller list and stayed there for two months.

After two failed marriages, one from divorce while with the other died unexpectedly, I decided upon retirement to move. That opportunity came in September 2012 when I migrated to Texas. For me, as a multipublished author, it was one of the best things I’ve done to date. Now, every day I can write, creating stories to take my readers to places they can only dream about. I’m also a member of the Published Authors Network (PAN) by the Romance Writers of America (RWA).

2 thoughts on “A New Kind of Marriage”